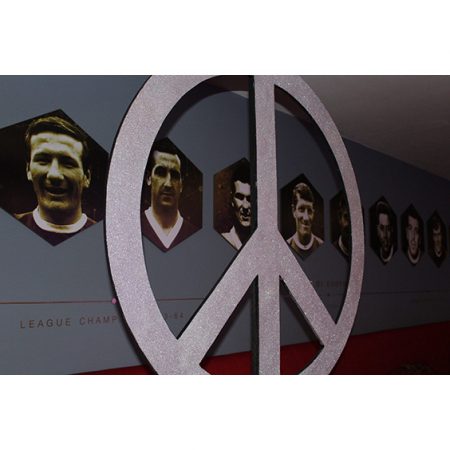 Initially designed in the late 1950s as a symbol for nuclear disarmament, the sign was later adopted by anti-war activists and is a well known representation of the feeling of many civilians in post-war times. A great symbol of the time period and a must have prop for the era.